Home ›› Blog ›› Blog ›› How many of our favourite childhood realms were opened because of translation?

How many of our favourite childhood realms were opened because of translation?

When I was a child, I remember being transported into another universe simply through words and imagination when being told a bedtime story.  I recall a lot of famous fairy tales being read to me, including Little Red Riding Hood, Cinderella, Hansel and Gretel, and Goldilocks and the Three Bears and many others.

Fast forward to my adult life, I’ve come to enjoy reading daily. Although, I have expanded my genres to fiction, mystery, non-fiction, memoirs, biographies, etc. The more books I read, the more I grew intrigued about what inspires the book, whether historically or culturally. Simply knowing the history of the author and the time the book was written truly opens the depth of understanding of the book, more than what is written on the pages. From here, I discovered that several books I’d read were works of translations, meaning that the book was originally written in another language.

Translation is the process of rewording text from one language to another while maintaining the original message and concept. The process of translation has given us many characters and universes that we came to know and love.

Commonly known as: The Adventures of Pinocchio: A Burattino’s Story

Pinocchio is one of the most famous fairy tales in the world. Originally, it was written by an Italian author Carlo Collodi in 1881 and first appeared in an issue of Giornale Dei Bambini (A Children’s Magazine). Two years later, in 1883, it was published as a book. We all know the story of the wooden boy whose nose grows every time he lies. It’s a story that teaches us about family values, the importance of being truthful, and most importantly, it demonstrates that no matter how many mistakes we make, it is never too late to do the right thing.

The story of Pinocchio has been translated into more than 260 languages since its first publication. Pinocchio was then adapted to Disney’s second feature-length film, which was initially released in 1940 during World War II. The impact and amount of joy Pinocchio’s story brought to children and adults at trying times cannot be underestimated.

Commonly known as: The Little Prince

The Little Prince was first published in French on April 6, 1943, at the brink of World War II by French author Antoine de Saint-Exupéry. It followed a journey of a curious young prince through space. This book explores topics like open-mindedness, the importance of curiosity and most importantly, love and how it affects us. An incredibly complex world and a whirl of metaphors are accompanied by simple storytelling and an intriguing writing style in this story.

The book was banned shortly after its release for various political reasons and generally was deemed too dark and frightening for children. However, it was later re-released three years later in 1945, a year after Antoine de Saint-Exupéry’s tragic death during WWII, making The Little Prince his final work of fiction. The book was translated into over 505 different languages and dialects worldwide, making it one of the most translated books ever published.

Commonly known as: Cinderella or the Little Glass Slipper

Cendrillon ou la petite pantoufle de verre was first published in 1697 by French author Charles Perrault. As you’ll commonly know, this is a story about a beautiful young woman who is treated poorly by the people around her but remains kind, loving, and prospers despite challenges that arise.

Since then, the story of Cinderella has gained immense popularity and has been adopted worldwide, with hundreds of different story adaptations existing both on and off-screen. The word Cinderella has also been used as an expression or a phrase to describe someone with a challenging upbringing who eventually becomes successful. Charles Perault’s version has since been translated into over 100 languages. However, the most well-known modern-day adaptation is the 1950 Disney Princess animation titled Cinderella.

Commonly known as: The Little Mermaid 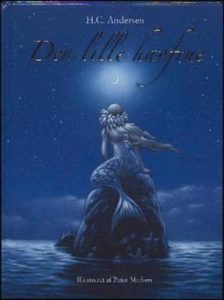 The Little Mermaid is a Danish literary fairy tale written by the Danish author Hans Christian Andersen and was first published in 1837. It’s a fascinating story about a young mermaid that teaches us about the dangers of unconditional love and the hardships it can bring. The book has since been translated into over 100 languages.

Hans Christian Andersen is well known for giving us many incredible and memorable stories, like The Princess and the Pea, The Snow Queen and The Ugly Duckling. Although a happy ending is almost a requirement for a fairy tale, most of his endings are bittersweet. His books have very different depictions of beauty and love, which are unique and often aren’t what you would expect.

Nowadays, the little mermaid has over a dozen on-screen adaptations, and her story is known almost everywhere in the world. Of course, most of us know the Disney Princess mermaid Ariel from Disney’s 1989 animation.

Translation is essential as we live in an ever-evolving multicultural and multilingual world that requires efficient communication within various languages and cultures.

To read more fun origin language blogs, please see some of our other ones below:

The Meaning Behind Idioms