Welcome to a Foreign World: Things to Remember When Travelling This Spring Break

Home / Blog / Welcome to a Foreign World: Things to Remember When Travelling This Spring Break 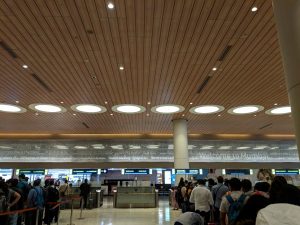 When I was 16 years old, I visited Japan as part of an exchange through the Canadian and Japanese Governments. The exchange treated all participants as ambassadors, and so, months ahead of the trip, myself and the 19 other selected students took part in workshops and events that exposed us to Japanese culture and habits. Upon landing in Japan, I appreciated that these workshops had been necessary. They taught us key phrases and words in Japanese, such as Good Morning (Ohayōgozaimasu) and Thank You (Arigatōgozaimashita), both of which were required in a country where politeness is so highly esteemed. In addition, we were equipped with pocket dictionaries that contained common phrases, and always had a professional interpreter accompanying us as we went through our day-to-day activities.

Two years later I visited Guatemala, a Spanish speaking country, for which I felt somewhat more prepared for on my own than I had been for Japan. I had been the top student in my Grade 10 Spanish class, and surely an introductory course to Spanish was all you needed to get by…right? Turns out, that was not the case. The students at Adisa, the school I was volunteering at, spoke a very different version of Spanish, a native dialect to the region of Santiago, Atitlán. Once again, I was lucky that our field manager for the trip also served as an interpreter. However, I took it as an opportunity to learn more Spanish, and cultivate non-verbal means of communication while leading health and sanitation workshops with the young students.

But it was on my most recent trip, to India, that I truly reflected on and began to understand the role that language can play while travelling. Here, there are two things worth noting. Firstly, India is a country with 22 major languages, and over 700 dialects; my family speaks Gujarati. Secondly, it was my first time back to the motherland in over 12 years, and things were very different to say the least. For one, I was travelling without my parents, accompanied by my older sister whose Gujarati is only marginally better than my own. However, the language woes on this trip really began before we even made it to India, during our second layover, in Istanbul, Turkey.

­­­­­­­When you’re raised in North America, you’re raised with a sense of entitlement that your way is the right way. This doesn’t necessarily arise through parenting. On the contrary, my parents were fairly strict about speaking Gujarati at home. ‘Your English,’ they said, ‘will develop strongly no matter what, as you grow up in Canada. How and where will you improve your Gujarati, if not at home?’ So, I spoke with them in Gujarati, despite being embarrassed by the language when I was younger. As I grew up, I realized it was a good way to communicate something private to them, when I was out in public. Now however, I’m grateful to my parents, for pushing me to learn enough Gujarati so that I’m able to communicate, however minimally, with elders who only speak Gujarati.

Growing up anywhere, there are traditions, politics, values, and languages which we might consider ‘leaders.’ We view these cultural aspects as the norms, as the right way of doing, acting, and speaking. Anything else? Well, it’s different, foreign, maybe even wrong. Take the English language for example. No doubt, English has dominance, and the ability to speak English fluently is important. It is the global lingua franca, otherwise known as the common language, spoken worldwide, both as a first language, with millions of speakers, and a second language, with billions of speakers. Importantly, the entitlement attached to speaking fluent English is not a pompous kind; it’s not that I disrespect other languages. Indeed, my experiences travelling and working with MCIS have made me appreciate multilingual communication more than ever. Yet, the entitlement continues to exist.

When travelling, departing from the safety of your own English submersed environments, you might assume that knowing English has you covered. You’ll be going to international airports. You won’t, and certainly don’t think that you should struggle in the least, and if you do, it’s not your fault; the fault belongs to the airport and the people who work there, for not knowing English, again, the global lingua franca. The funny thing is though, English isn’t even the most spoken language in the world. No, that title belongs to Mandarin, followed by Spanish. And yet, no North American or English-as-a-first-language traveller travels with the expectation that all the signage and communications abroad will be in Mandarin.

Now, returning to my travel story, we reached Turkey and were overwhelmed by the lack of English-speaking officials. We were there for a connecting flight, waiting for our gate to be announced and wondering where we could find that information. Without any hesitation, I asked an official where our gate might be, only to be starred back with a confused look. I had spoken in English, and evidently, she didn’t speak English. I then took out my boarding pass, pointing to the area where the gate number should have been, and was pointed in the direction of a large departures board. We realized that our gate was one level down, and because my nephew was in his stroller, and we also had our carry-on luggage, we naturally sought out an elevator. We asked three different officials which direction the elevators were in, and three times we were met with blank looks. Finally, one man smiled and responded, ‘asansör?’ I replied with a slow, ‘ummmm,’ and began motioning my hands up and down vertically. That was the day I discovered that asansör was Turkish for elevator.

The linguistic journey didn’t end there. Upon our arrival in India, I was shocked at the difference in the development and efforts for multiculturalism that had taken place in the country over 12 years. It was while waiting in line for immigration and customs, that I saw a big sign with ‘Welcome to Mumbai,’ strongly outlined in the foreground, and the same sentiment expressed in countless other languages in the background. This, I thought while remembering my frustrations in Turkey, felt like an international airport. Sure, the staff spoke predominantly in Hindi, but they all spoke very good English if asked. The signs, I noticed, were in English first, and then Hindi. It was a moment of reflection…I had left Turkey, cognizant that English isn’t their first language, and accepting, albeit a little frustrated, by the shortcomings in my own ability to communicate there. I was prepared for communication challenges in India, but as I walked through Chaatrapti Shivaji Maharaj International, I felt like I had wandered through a newer, shinier version of Toronto Pearson, except all the secondary French signage had been replaced with Hindi signage. Istanbul and Mumbai airports lead to very different experiences, and yet both provided me with insight and a greater appreciation for languages and the basic ability they provide to communicate.But the appreciation for languages didn’t end there. Remember how I said my nephew was on the trip with me? Well, he provided me with yet another situation where I dwelled on languages, language barriers, and the importance of communication when travelling.

On about the second day after reaching my uncles home, where we were staying for the duration of the trip, a little boy from next door kept peaking his head over the fence, smiling at my nephew. It was clear that he wanted to play, so we invited him over. Here’s the catch- when we went to go ask the boy his name in Gujarati, he looked at us with an expression I was growing very familiar with: confusion. It was only when my aunt came out and informed us that the little boy had recently moved from Delhi, and thus spoke Urdu, that we understood the root of his confusion.

There they were: a little boy from Toronto, Canada, whose first language was English, who up to that trip thought any language he heard that he didn’t understand was French, and who understood Gujarati but rarely spoke it, and a little boy from Delhi, India, who spoke Urdu, and absolutely no English or Gujarati. Yet, the two communicated in their own innocent way. Through gestures, smiles, and play, they enjoyed an afternoon together, colouring, kicking around a soccer ball, and occasionally running to us for clarification of what the other was trying to express. They coloured, played with a ball, and occasionally would come to us for clarification. But there was also a lesson in all of this. If little kids can get along with a major language barrier present, then why is it that adults view language differences as such a disturbance or hindrance? Why do we travel to new places, excited to learn about their culture and traditions, but only care to learn the basic phrases of their language? Is it fair to expect popular tourist locations to understand you just because you speak the third most common language in the world?

Instead, we should take these trips as opportunities to learn, meet others, and teach each other. Just as I was given the opportunity in Turkey to learn the word for elevator (the word will forever be burned in my mind), and my nephew attempted to ask the boy next door for the crayon closest to him side. The fact that we speak different languages doesn’t mean that we should alienate one another.

And as I accepted on this latest trip, just because I speak English, doesn’t mean I’m better than anyone. It’s just a skill I have, that others can learn. It’s a skill that I have out of pure luck, for being born in an English-speaking country. Still, if my travels have taught me anything, it’s the additional languages you learn that are really considered skills.