‘Tis the season to give back: MCIS participates in #GivingTuesday

Home / Blog / ‘Tis the season to give back: MCIS participates in #GivingTuesday

The viral and crazy Black Friday videos and Cyber Monday sales make these two days ubiquitously known. But, just one day later is a lesser known, yet arguably more impactful date. This day is Giving Tuesday.

Giving Tuesday began as a collaborative project headed by Mashable, the digital media site. Mashable partnered with large companies like Skype and Cisco, as well as well-known charity organizations such as Justin Bieber’s Pencils of Promise and Charity Miles to start a ‘Global Day of Giving.’ In many ways, the movement directly counteract messages reinforced by Black Friday and Cyber Monday; it allows us to kick off the holiday season, which is often scolded for drowning in materialism, in a charitable way. Most notably, the day is not about raising funds or awareness for one single important cause, but a multitude of causes. 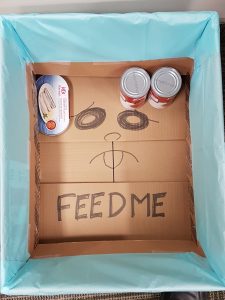 As part of Giving Tuesday 2018, MCIS registered as an official business partner. Non-charitable organizations and companies may create Giving Tuesday campaigns by choosing to support local charities, through donations, volunteering, and raising awareness. Charities can also register for Giving Tuesday, and organize campaigns for monetary donations towards their cause.

MCIS ran a three day food drive leading up to November 27th, with all collections being donated to the Flemingdon Community Food Bank. Figures from 2017 found that upwards of 800,000 Canadians rely on food banks monthly, with children making up 33% of this population. Moreover, the demand for food banks typically rises during the holiday season. Flemingdon Food Bank is one of Toronto’s Daily Bread Food Bank member agencies, and distributes food to some of the city’s poorest and most vulnerable populations. The Daily Bread Food Bank’s mission is to change the perception around food as a commodity, urging individuals and policy makers to view access to food as a basic human right. In the summer of 2018, the Daily Bread Food Bank highlighted Flemingdon Food Bank as one of their priority neighborhoods.

To learn more about how you can support the Daily Bread Food Bank, visit: https://www.dailybread.ca/ 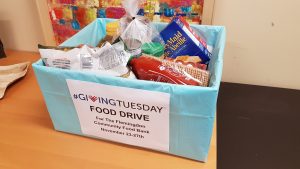 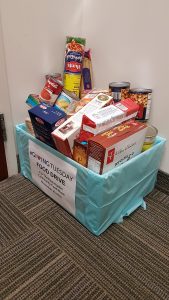 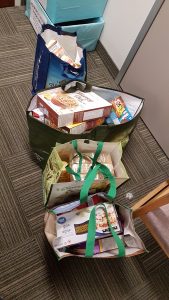 #GivingTuesdayCommunityDonationPartnershipSocial ImpactSocialImpact
03
Dec 2018
By Jack XuComments Off on ‘Tis the season to give back: MCIS participates in #GivingTuesday