Swearing in a Language without Curse Words

Home / Blog / Swearing in a Language without Curse Words 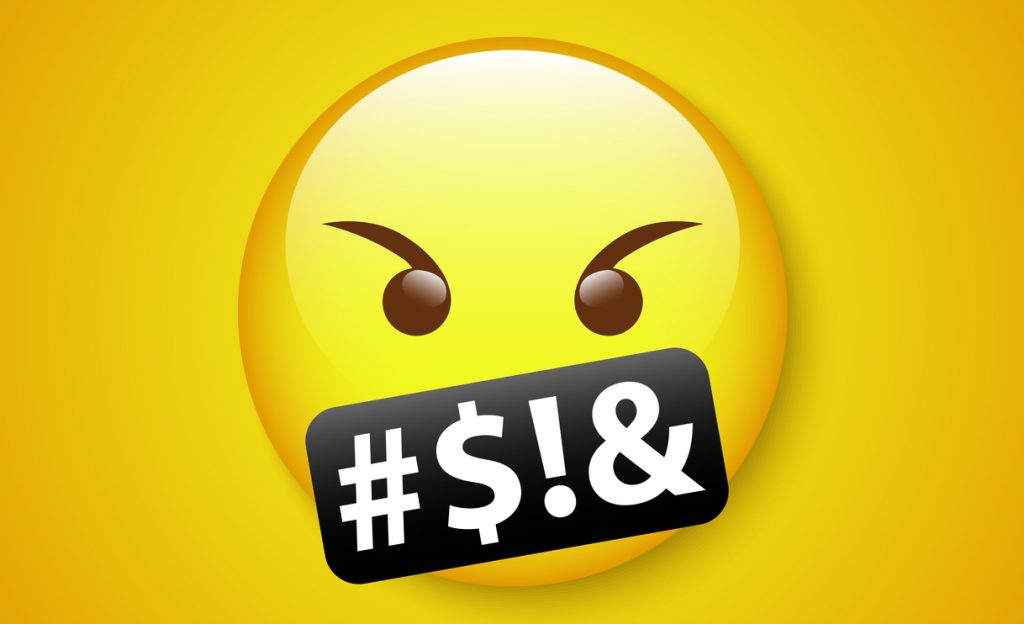 It’s said that language learning starts from curse words. In various exchange programs and language learning classes, when people from different countries meet and talk about their own languages and cultures, some of the most popular expressions they learn from each other might be “hello,” “I love you,” and swearing.

Just like gratitude and affection, it’s human nature to want to express anger, frustration and resentment in explicit and vulgar terms, though we as adults have learned throughout the years to restrain ourselves from using them too frequently. In a way, curse words enriched our languages and made them more colourful. However, have you thought about what a language might look like, or how it would function, without the familiar daily swearing such as the word starting with the letter “F”?

That language is called Japanese. To be fair, there are a number of insulting words in Japanese that mean “stupid” or “idiot” existing on a dictionary level, but rather than used as insults in native speakers’ daily conversations, a lot of them are merely seen in fictional animation or manga scenes, making them sound either too dramatic or childish for daily use. Some of them are even too typical to be used for practical swearing, and people commonly see them as a sign of joking rather than malicious intent.

So, what are the serious, functional and practical ways of swearing? A Japanese polyglot vlogger, Yohei Akiyama (秋山燿平), who makes educational videos about the Japanese language on social media, filmed a dedicated video for Japanese insults that are actually used by the native speakers. In the video, he listed the words in three categories: those that directly express one’s disapproval (to others’ words or behaviours), those that criticize others’ behaviours, and those that very directly express the wish for others’ behaviours to stop and never happen again.

The first group of expressions are adjectives that focus on the speaker’s feelings. The first two are short colloquial forms of 気持ち悪い (kimochi warui) and うざったい (uzattai), which literally mean “disgusting” and “annoying;” whereas だるい translates to “feel heavy” in the dictionary, with an undertone of “interacting with you is tiresome.” The three words are often interchangeable, though when referring to a third-party other than the listener, ウザい can sometimes be taken in a lighthearted way and sound less offensive.

This group of expressions function by condemning the listeners’ behaviours. Used more often by females, 最低 is an adjective that translates as “(your behaviour is) the lowest of the low;” whereas ありえない is more gender-neutral speech and means “unbelievable (that you did such things).” おわってる, on the other hand, is a verb conjugation that means “I’m done with you” and leans towards being more masculine.

The last group of expressions translate as “don’t mess / joke with me / don’t be silly,” “don’t forget yourself,” and “that’s enough;” and all three are used more frequently by male speakers.

To people who grew up speaking other languages, these “curse words” might not even sound like insults; but in the Japanese society where people tend to be more reserved and try to avoid expressing strong opinions, normal expressions that sound too direct to the ear start to bear weight and work as acting swear words because people still can have the desire to be rude. Although, as Akiyama warns viewers throughout the entire video, most of these words still have a certain level of joking quality and the opportunity to be taken lightly, so the tone to be used is very important in differentiating the actual meaning.

Linguistically speaking, Japanese is indeed a very polite language, where words are almost not spoken unless they can be articulated in a civilized and well-mannered way. Of course, some of these expressions can still be taken as equivalents to “f-off” or “a-hole” in English when put into context, but their literal definitions are vastly different. Depending on the scenario, these words still serve neutral and non-offensive functionalities at the same time. This can be a blessing, but also a curse. In extreme situations, some native speakers, especially women, can find it difficult to express what they actually mean without sounding shy, whiney, cute or inviting, in disguise. Shiori Ito, a Japanese journalist and the symbol of Japan’s MeToo movement who won her case in 2019, openly spoke about such confusion to the press. When confronting her rapist, due to the lack of vulgar expressions that were powerful enough to not be mistaken for being polite in her own mother tongue, she chose to use the “F” word in English instead. Later, when she toured and gave a speech in China as the first woman in Japan who voluntarily revealed her identity in a rape case, she specifically asked her audiences if there’s a word in Chinese that conveys absolute refusal. “Even if it’s just about the language, I feel we are restricted,” she said to the press.

Every language has its strengths and limitations. That’s why information exchange across cultures can be such an important but delicate matter, and why language learning, translation, interpretation and other fields in the language industry have so much value. Without curse words, the Japanese language managed to articulate its way across hundreds of years of evolution, though with some limitations to apply. Looking into another language and its special traits, even just the smallest aspects like profanity, is truly inspiring.