The What, Why, Who and How of the Language Policy Hackathon, Part II
Supporting #BellLetsTalk: Why Joining the Conversation Is Necessary 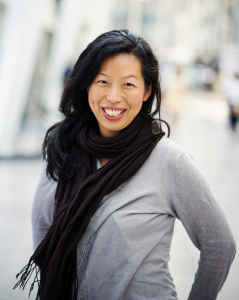 MCIS is honoured to be hosting Min Sook Lee as our keynote speaker for the Language Policy Hackathon, held in collaboration with the Policy Innovation Initiative (Pii), of the Munk School of Global Affairs and Public Policy, University of Toronto.

Min Sook Lee and MCIS first formed a relationship in 2015, when Ms. Lee was invited as the keynote speaker for the Docs for Change Conference. Min Sook also donated her time as an instructor for the conference, hosted by MCIS and the Docs for Change Program. Over the years she has continued to be involved with MCIS’ advocacy and community initiatives.

Lee is a recipient of numerous other awards, including the Cesar E. Chavez Black Eagle Award, and the Alanis Obomsawin Award for Commitment to Community and Resistance. Canada’s oldest labour arts festival, Mayworks, has named the Min Sook Lee Labour Arts Award in her honour.

Currently, Lee is an Assistant Professor at OCAD University; her area of research and practice focuses on the critical intersections of art+social change in labour, border politics, migration and social justice movements.

Our Language Policy Hackathon is Monday, January 28! Follow along on social media, using the hashtags, #languagehack and #polihack.