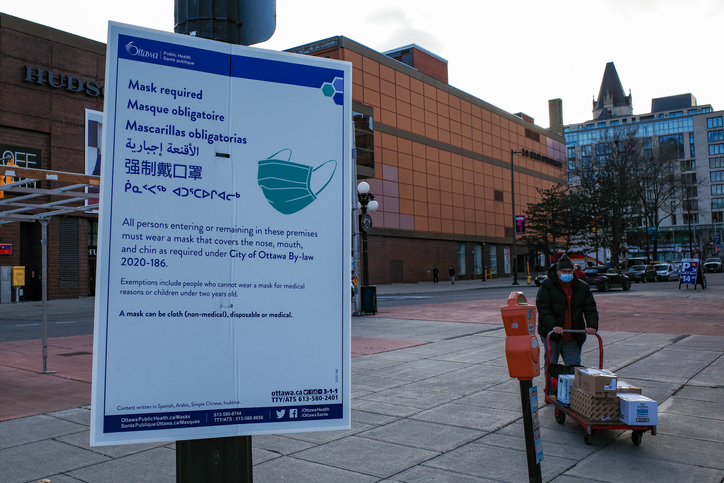 Inuktitut is an Indigenous language in North America spoken in the Canadian Arctic. It is just one part of what is known as “the Inuit language” spoken in Alaska in the west to Greenland in the east. In Canada, there are several Inuit regions aside from Nunavut, including the Inuvialuit region of the Northwest Territories, Nunavik in Northern Quebec, and Nunatsiavut in Labrador.

In 2016, Statistics Canada reported 39,770 Inuktitut speakers, including those with knowledge of the language, those who speak the language at home, and those whose first language was Inuktitut, making it the second most spoken Indigenous language in Canada. Among the 39,770 speakers, 65% lived in Nunavut, and 31% lived in Quebec.

Further, the use of Inuit languages, including Inuktitut in Nunavut, declined between 2001 and 2006. Between those years, the number of Inuit who spoke Inuit languages as their mother tongue had dropped to 65% from 72%.

Inuktitut has official status as the language in Nunavut, alongside English and French. In the Northwest Territories, both Inuktitut and Inuinnaqtun are included among other “Official Aboriginal languages.” The Government of Nunavut selected the term Inuktut to represent all of the Inuit dialects spoken in Nunavut; it is recognized as a single language. Sub Dialects of Inuktitut include North and South Baffin, Labrador, Nunavik, Aivilik, Kivalliq, and Natsinglingmiutut. Other dialect groups spoken in Nunavut and Northwest territories include Inuiannaqtun, Nattilingmiutut, Qamani’tuarmiutut, Paallirmiutut, Aivilingmiutut, North Qikiqtaaluk, Central Qikiqtaaluk, Siglitun, Uummarmiutin, South Qikiqtaaluk, and Sanikiluarmiutut.

Over the years, Nunavut has addressed the suppression of the Inuktitut language through the creation of programs and initiatives to revitalize or maintain the language. In Nunavut, most communities offer the first few years in school in Inuktitut or Inuinnaqtun. Nunavut Arctic College has also published several dictionaries, language learning materials, and other technical documents on terminology, translation, and grammar for higher education. With regards to the private sector, the Pirurvik Centre has created a language learning website, Tusaalanga, an accompanying smartphone app, an Inuktitut phrasebook, and other language teaching materials. And Inhabit Media, the Iqaluit-based publishing company, has published books in Inuktitut for both children and adults.

The writing system Inuktitut uses is called syllabics, which represents combinations of consonants and vowels. Inuktitut is a polysynthetic language, meaning the words within the language tend to be longer and structurally more complex than their English or French counterparts.

In January 2021, there have been significant milestones in regards to preserving the Inuktitut language: The Nunavut Television Network (NITV) launched a new channel – Uvagut TV – allowing Inuit Canadians to have 24/7 access to Inuktitut-language television programming, and Microsoft partnered with the Government of Nunavut to add Inuktitut to Microsoft Translator.

The new channel’s Inuktitut name (Uvagut TV) translates to “Our TV” in English. This term is used to encompass all Inuit languages, including Inuktitut, which is spoken in western and central Nunavut. It is the first language-focused Indigenous television channel in the country. The content on the channel will be primarily in the Inuit language with English subtitles. The network will also have programming in Inuinnaqtun. This channel is an excellent opportunity for children to learn the language and culture as Uvagut TV will offer hours of Inuit-language children’s programs daily.

Indigenous languages are endangered globally and have a high rate of loss. Preserving the Inuit language is imperative, as it protects the language itself and the expression of cultural heritage. Stored within Indigenous peoples’ language are connections, history, valuable knowledge and wisdom about their environment, and their native artistic expression, which includes poetry, art, and music. Losing an enormous part of one’s culture can lead to a loss of identity, belonging, and purpose, as language is an essential building block of culture. Uvagut TV and Microsoft adding Inuktitut to Microsoft Translator are two great resources and steps in the right direction for revitalizing and preserving the Inuit languages and culture.

04
Feb 2021
By Cheryl LuComments Off on Inuktitut Language Milestones