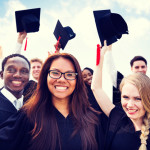 “It is when the moon covers the sun that you see a solar eclipse,” says a mother turning to her son in Hindi on the way to the Ontario Science Centre. On the left, traffic is blocked, as everyone is scrambling to check out the one of a kind solar eclipse viewed by thousands on Monday afternoon. A block away from the centre, a Chinese couple walks fast towards the centre holding special glasses meant to protect their eyes while watching the solar eclipse.

Meanwhile, I notice various families from different ethnicities gathered at the Science Centre to catch a glimpse of the solar eclipse, and the diversity in this city catches my attention again.

A recent Statistics Canada report says that 7.3 million Canadians speak an “immigrant language” (a language other than English or French).

The main languages spoken in Canada are Mandarin, Cantonese, Punjabi, Spanish, Tagalog and Arabic. In Toronto, Cantonese, Mandarin and Punjabi are the most reported mother tongues. Now, as you know historically immigration has played an important role in making the country and Toronto diverse. In fact, over 140 languages and dialects are spoken in Toronto, and just over 30 per cent of the city’s residents are immigrants.

Many of these immigrants are international students who are encouraged to apply for Permanent Residence soon after they finish their studies. Consider this: According to a study published by Statistics Canada on August 22, 2017, in December 2015, there were a whopping 353,000 international students with a valid study permit in Canada, up from 84,000 in December 1995.

Since Canada has always encouraged immigration, this is a welcome sign, but a new study titled International Students, Immigration and Earnings Growth: The Effect of a Pre-immigration Canadian University Education throws a light on a number of disturbing issues. For one, it makes the observation that “A small number of studies from Australia, Canada and the United States suggest that the earnings advantage that former international students have over other economic immigrants may be either small or non-existent. This suggests that pre-landing study experience in a destination country such as Canada may not in and of itself improve immigrants’ labour market outcomes over university degrees acquired abroad.”

MCIS understands that many landed immigrants and International students struggle for a foot in the door which is why we offer them the opportunity to train with us as an interpreter. In addition to offering them valuable Canadian experience by building core competencies, we also offer additional training opportunities to interpreters to help upgrade their skills.

So, the next time you run into an immigrant who is trying to find a job, don’t just help them with their resume, ask them to give us a call. We might be able to help them become an interpreter.