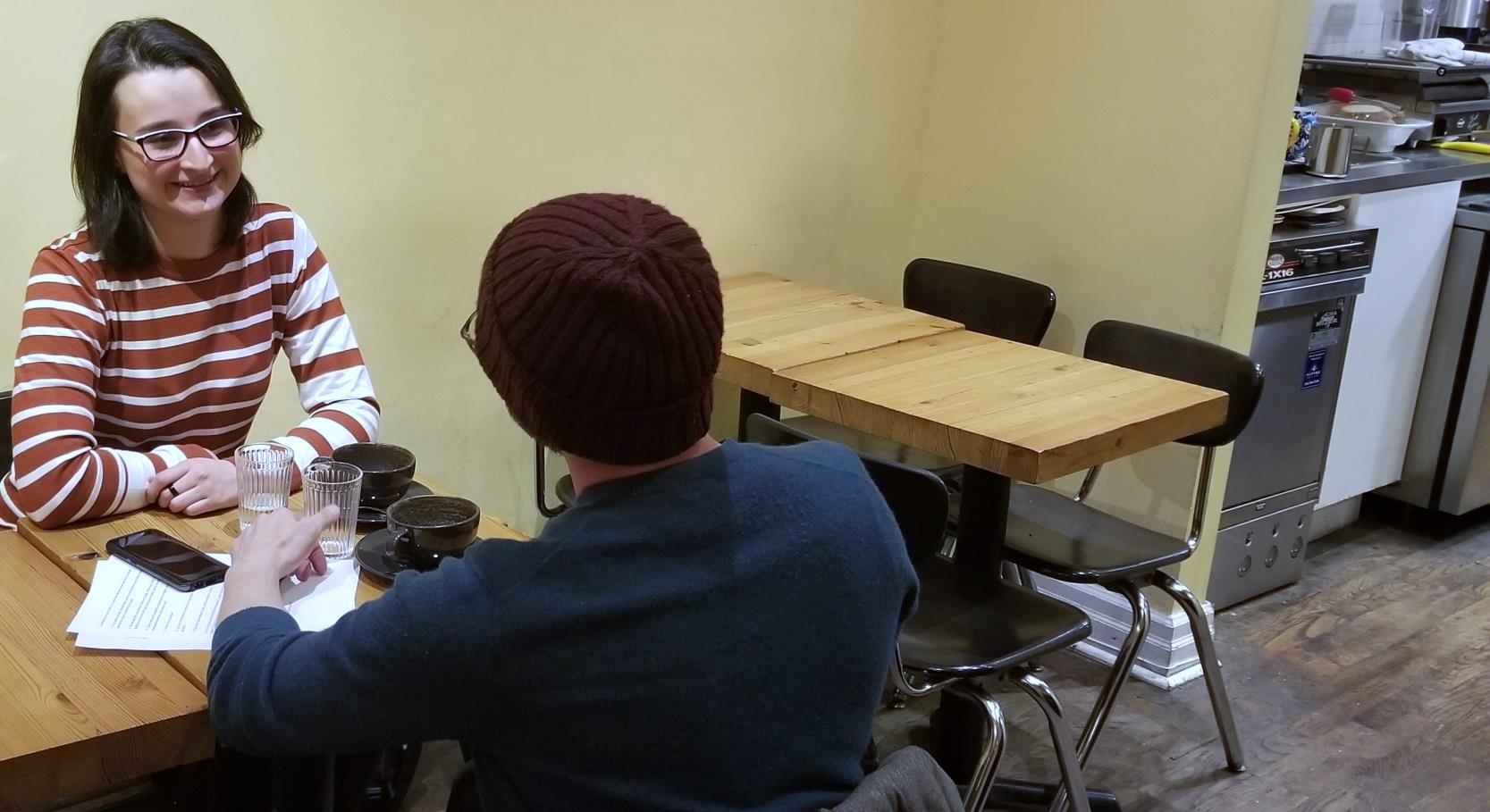 “I’ve looked at clouds from both sides now, from up and down and still somehow It’s cloud’s illusions I recall, I really don’t know clouds at ll.”

MCIS Social Impact Fund has been supporting individuals and agencies in need of language access since 2015. The vast majority of individuals requesting free interpretation or translation services have very modest or no income. In addition, many of them live in precarious living conditions, struggling with poverty, mental health or housing, not to mention the burden imposed on one’s life as a refugee.
Only rarely do we choose to interview our clients.

On one side, we are conscious of negative publicity that could impact their objectives. On the other, we realize that people do not like to see themselves as victims of their circumstances. Occasionally, however, we do get clients, like the one interviewed here, who are not only willing to advocate but also keenly aware of the larger systemic issues because they have experienced and lived on both sides, servicing refugees and eventually, living as one.

This interview was conducted with the generous help of bilingual staff at MCIS: Luisa Cano, who was committed to this particular translation project from day one and has helped us to conduct the interview in Spanish, and Ixchel Cervantes, one of our project coordinators, who coordinated the translation and the transcription of the interview.

For this reasons ou Fernurary 22nd event, Translation Pop-Up Clinic, celebraes the World Day of Social Justice and all individuals and agencies, clients and staff, who have been fighting quietly but persistently for language and social justice.

Q: Please tell us a bit about yourself and your life immediately before you had to leave Colombia? If you are comfortable sharing, what was it exactly that led you to the decision to leave the country and start anew?

A: Before I came to Canada, I was working with the UN Refugee agency in different places. I graduated in 2003, and received my Master’s in human rights law from Spain. As a human rights lawyer, I worked in Chile with Palestinian refugees. I was then sent to the border of Tumaco to be in charge of the first UN office there, working with only one other officer beside me. I was there for two years, mostly helping young people and some children avoid being recruited by militia groups, such as FARC (The Revolutionary Armed Forces of Colombia). We were trying to solve some very complex problems for different sectors, as well as different neighbourhoods, and develop a strong anti-recruitment strategy. It was because of that job in particular, and my exposure through it, that I became the target of threats. Eventually, I was forced to leave this post and choose another refugee agency that was outside the UN umbrella. Here, I was also assigned to work in different regions such as Chocó, Caquetá, and Meta where I spent about a year. I was also travelling a lot and because of my travel, I was found; which resumed the threats.

At that time, in 2016, I also received a small stipend to study in Canada, and my student visa was just approved. I felt very insecure in Colombia. The country was going through difficult times due to the outcomes of the Peace Agreement Referendum. Colombia has a number of unresolved issues, especially around cartels. In addition, although the rights of the LGBTQ community in Colombia were, at least in comparison to other South American countries, better, the discrimination and violence were and are still common. These issues affected me tremendously. I felt that my country was taking the route of using the LGBTQ community as a scapegoat in encouraging the public to target them. I felt sad about this turn of the narrative and its aggressive domination over the public discourse. I felt disappointed with attention turning away from the corruption and the cartels— what we needed to be resolving. I realized then, it will be very difficult, if not impossible, to find safety here.

Q: What do you think would help you greatly upon arrival to Canada that you did not have access to?

A: Having a lawyer helped me with pursuing my status but I felt that there were some gaps with services that hindered my process, especially lack of access to translation services.  The reason for this is that when you are advised about your process, you are given “options” but not the exact type of action you need to take. One of the reasons why is that lawyers do not have a full understanding of the context of our claims, unless they have access to credible documents in the language they speak. For example, when I decided to file my appeal, what helped me the most was the translation of the report chapter, which MCIS paid for; it was a credible source that significantly strengthened my case.

Q: Was depression experienced upon your arrival  triggered by difficulties you had and the refugee status you sought at the time?

A: It was triggered, certainly, but I think I was not properly diagnosed in the past. I think I was not even encouraged to look into my mental health. So, what happened was that after my arrival to Canada, my natural tendencies were exacerbated.  Initially, I found myself not having the strength and composure to look into my mental health, which is ironic because I used to help refugees, and I am familiar with this issue. But then, I was one of them and what I could do in the past—advocate or make a case—I could not do for myself. Anyways, I do believe that everything happens for a reason and my respect for lawyers has increased because I have seen both sides and know what the job requires.

Q: I wonder if you can reflect on language and legal barriers for newcomers in Canada, Toronto especially. How does it feel to be without a voice? What kind of mental or emotional response one has when verbal expression/ speech is limited?

A: Without words, one not only feels powerless but is powerless. I myself, felt frustrated and isolated. I also felt stupid. I mentioned my health issue and the braces that were hurting me, but I simply could not find the words to explain what was wrong. Access to language that people understand should be an essential human right because if self-expression, in itself, is a human right, then language access cannot be separated from self-expression.

And this, the right to self-expression, applies to continuation of one’s career as one moves from one country to another. I feel that Canada needs to significantly re-think the piece about right to self-expression so that the people can exercise those rights.  I did not have a chance to do significant research around translation and interpretation, particularly around how people receive the services or how the government manages them, or the things that service providers need to do when it comes to subjects like LGBTQ. I think there is a gap that needs to be analyzed and much better understood in regards to the LGBTQ community. When we talk about the refugee population, I do understand that other priorities come first.  Yet without a holistic approach people get affected. I have heard a lot of cases, some from my friends and some from the work I do here in Canada, where translation in particular affected the credibility of their court statements. We are talking about critical information because the refugee application process relies on the ability to determine if the claim is credible, and credibility should not depend on how the evidence is translated.