The Importance of Language Services within the HealthCare Industry
COVID Stories: An interview with Bow Valley Settlement Services 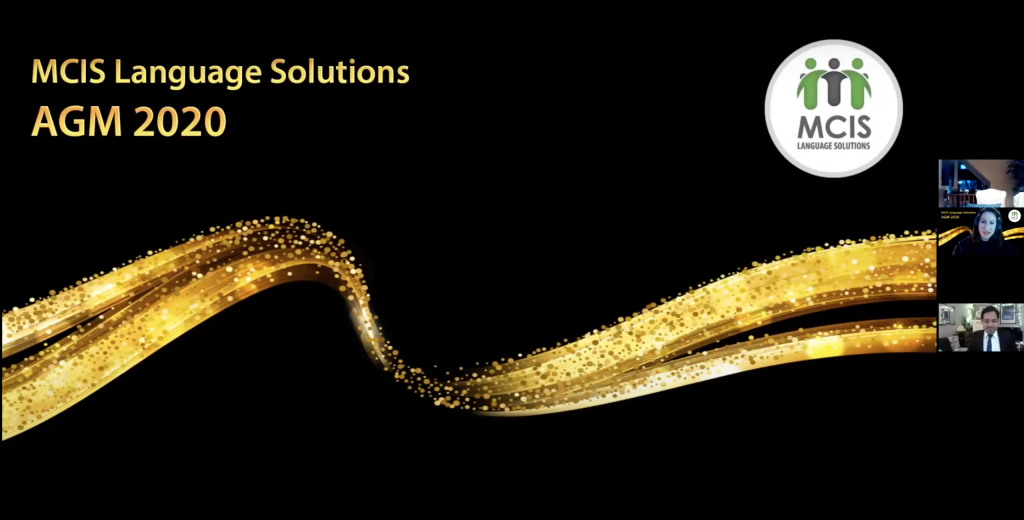 On October 29, MCIS held its social distancing-friendly Annual General Meeting virtually for the first time in 30 years. The AGM was a great success with over 125 attendees, and featured performances by our extremely creative language professionals, a very touching keynote speech, awards to top language professionals and partners, staff recognition awards, a presentation regarding Language Advocacy Day 2021, and an exciting online prize draw. The full stream of AGM 2020 can be viewed here.

The AGM started with messages from our Board Chairperson and Executive Director that summed up MCIS’ achievements in the past year under the challenging circumstances. During the pandemic, MCIS quickly responded and adapted to the situation by taking the opportunity to invest in new technologies and integrate them with our services, including bringing interpreter scheduling to the cloud, delivering remote services and shifting interpreter and translator training entirely online. Furthermore, MCIS also incorporated AI into translation services, and focused on social impact by initiating a Translation Clinic, a Localization Sprint and free interpretation/translation/training services to give back to our community.

The keynote speech given by Niambi Martin-John was extremely passionate, compelling, and thought provoking. By sharing her personal experiences in Dominica, the U.S. and Canada, Martin-John brought the discussion of the Black Lives Matter movement and anti-racism to a new level by exploring what it means to be Black in different cultural settings, as the three countries have completely different environments. In Dominica, where Black culture is widely and commonly celebrated, being black simply means celebrating and valuing one’s self; whereas in the U.S., with the negative images and perceptions of Black identity being broadcasted, being Black means living while fighting against the stereotypes and systemic obstacles. In Canada, racism exists in a different form: it is subtler and more low profile, while only the oppressed can tell the nuances in the air. 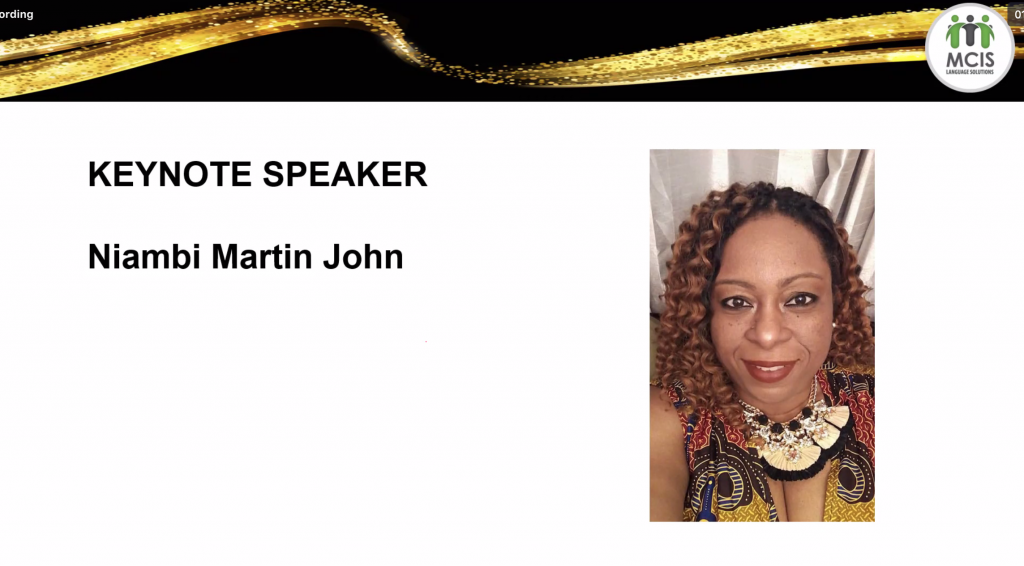 “Canada, while different in its indication of racism, is also a place where
many of us continue to experience barriers to success. Bilingualism, for example,
is considered an asset and a sign of privilege for whites, but for people of colour,
multilingualism is often used to reinforce that we aren’t truly Canadian.”

“While we acknowledge the intersections of the Black experience, I feel it is
important to note and understand that even Black people come to the table with
decidedly different views and experiences around their racial identity and the
expression of this identity.”

“Being an ally will require deep introspection and a suspension of those biases that are often deeply engrained in our psyche about who people are. It will require us to name things for what they are, like racism and discrimination and white privilege. It may mean losing friends and associates along the way and overcoming the deep frustration and disappointment that we may feel when those we thought held the same views as us desert during the journey. It will require a steadfastness and resilience in the face of grave injustice simply because you dared to stand on the side of social change.”

After the keynote speech, it was awards time. 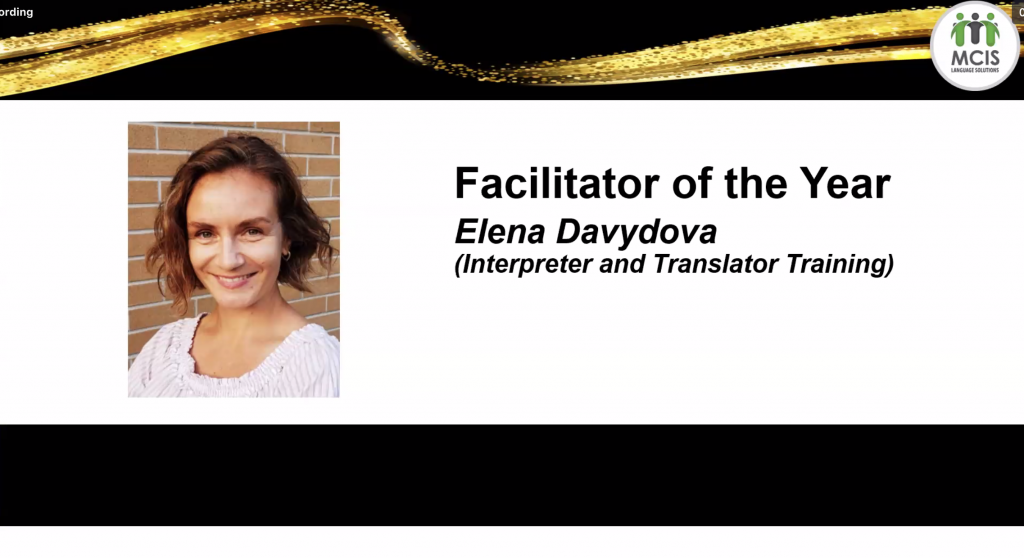 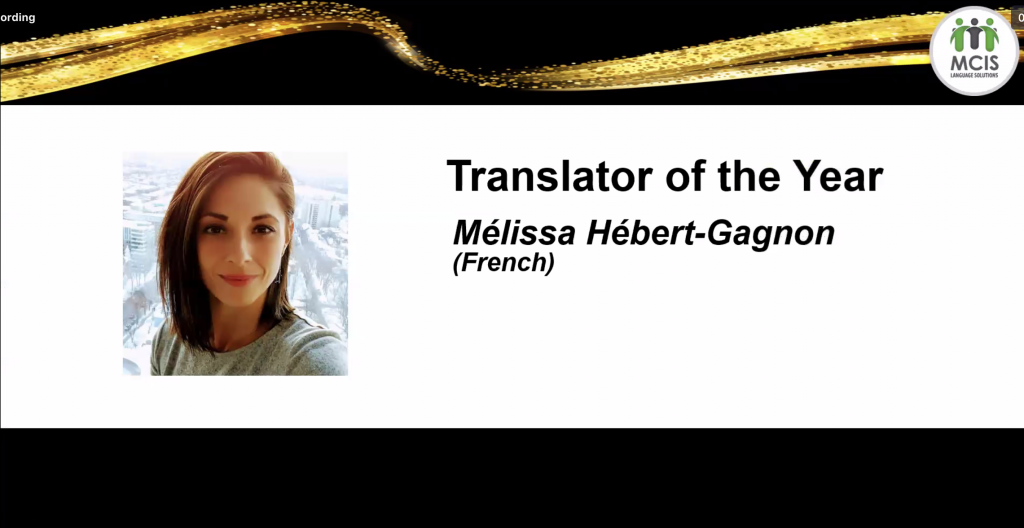 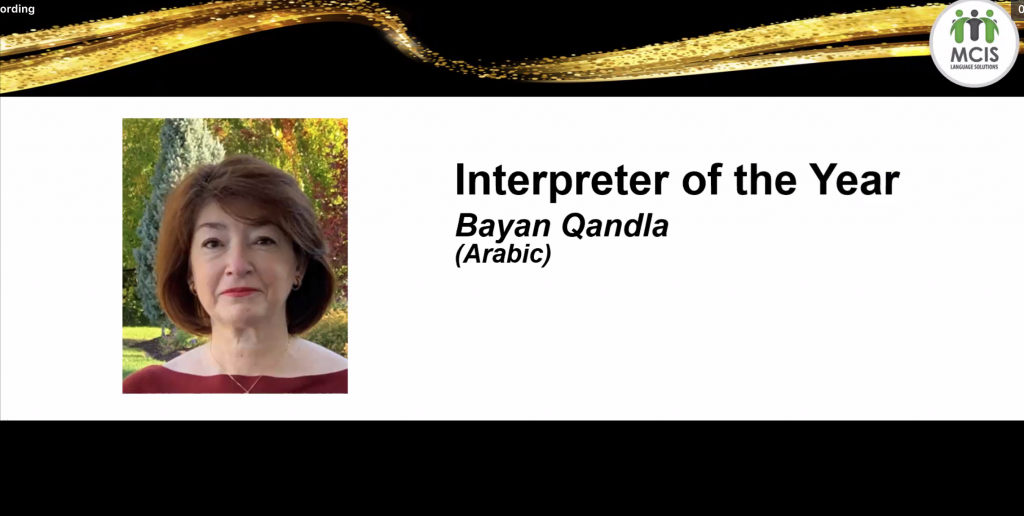 The Community Partner of the Year Award went to the John Howard Society of York Region.

The Strategic Partner of the Year was the Association of Translators and Interpreters of Ontario.

The Professional Partner of the Year Award was given to DT Interpreting.

MCIS also granted Staff Recognition Awards in recognition of the work from our longstanding staff who have been with MCIS and contributed as we grew.

The award for 10 years of service was presented to Princess Hew.

At the AGM, MCIS officially announced the launch of Language Advocacy Day, which will take place in February 2021. Craig Carter-Edwards, who has been working with MCIS on the project from the beginning, gave a short speech, along with an official promotional video.

We wrapped up the AGM with an exciting prize draw for all registered attendees. For the prize draw this year, MCIS went innovative and used an online random name generator to draw the winners’ names.

Fiscal year 2019/2020 was special, full of surprises and fruitful. Over the year, MCIS has faced the greatest pandemic, and its accompanying obstacles, in 30 years, managed to overcome the challenges we faced and kept growing strong while providing our services in a consistent, professional and effective manner. We are grateful for the opportunities we have been provided, look forward to see what happens in the coming year, and will keep pulling strong to serve the public, our customers, end-users, vulnerable populations and those with language barriers.