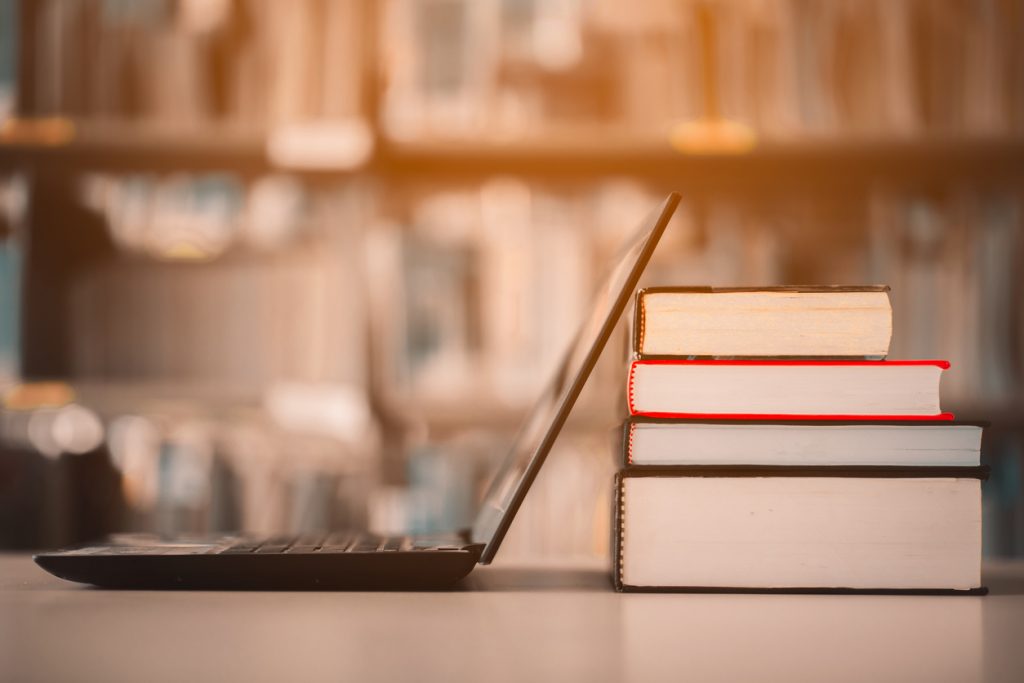 COVID-19 has reshaped our world in many ways and has forced people to spend a lot more time at home. While it has been a difficult transition, it has offered all of us an opportunity to slow down and refocus our attention on hobbies we had become too busy to prioritize; to call friends we haven’t spoken to in a while; to start that fitness journey we had been postponing; and finally, to pick up books that were placed on a ‘to-read’ list years ago that we never got around to reading. Books can be a tool to feel more connected to the world around us. How often do you open yourself to global cultural perspectives through literature? While we may be somewhat physically restricted at the moment, translated texts allow us to explore worlds that we may never have the honour of experiencing ourselves, from the comfort of our own homes. Translated literature can also be an adventure into a new dimension that allows you to gain a greater appreciation for the perspectives of those from different backgrounds. Therefore, we have put together a list of translated literature that are must-reads this summer. Lose yourself in the best stories the world has to offer and open yourself up to the vast array of talent, stories and culture that you were previously closed off to because of language barriers.

Translated by Emma Ramadan from French to English 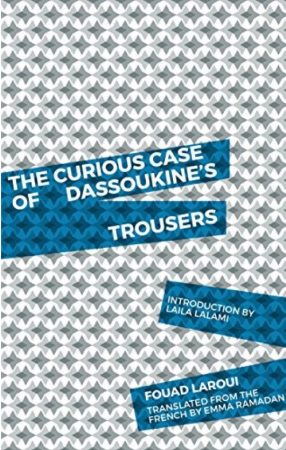 Fouad Laroui, one of Morroco’s most prominent contemporary writers, uses surrealism, hysterically funny humour, and sincere compassion in this series of short stories to examine issues that define the immigrant experience in a foreign land. Ranging from hilariously comedic to profoundly moving, this stylistically versatile collection calls attention to the absurdity of human life in a satirical manner. The story the book is named after, is one of the funniest. It follows the chronicles of a Moroccan man after he is robbed in Belgium and must find a way to replace an irreplaceable item, his trousers. While there are many such lighthearted stories in this collection, the collection also dives deeper with stories such as “Dislocation”, that carefully observes issues surrounding the refugee experience, racism (and anti-racism), economics, politics, religion, and much more. Laroui won the Prix Goncourt, France’s most prestigious award for short stories, for The Curious Case of Dassoukine’s Trousers. Emma Ramadan has brought this collection of short stories to life in English with her curated translation that captures the essence of Laroui’s style in an impactful way.

Translated by Susan Bernofsky from German to English 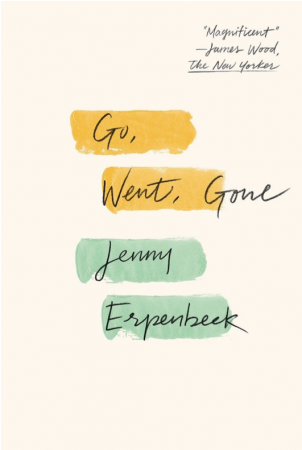 One of the greatest contemporary European authors, Jenny Erpenbeck’s Go, Went, Gone vividly discusses the plight of African asylum seekers in Europe and provides greater commentary on the experiences of refugees. In her powerful appraisal of nationality, privilege and race, Erpenbeck is able to humanize migration and makes the stories of African refugees more visible to her readers. The novel centres around Richard, a retired university professor living in Berlin, who discovers a new community of African asylum seekers and hesitantly begins to get to know them. Over time, curiosity turns to compassion as he learns about the experiences of his new friends. Richard begins to question some of his preconceptions and undergoes an inner transformation, as he tries to find meaning in his life. Erpenbeck is able to question ideas of identity and morality, and examines the human condition in the face of the globe’s ever-changing challenges. She brilliantly reminds the readers what is at stake for the world with this profoundly beautiful novel.

Translated by Ginny Tapley Takemori from Japanese to English 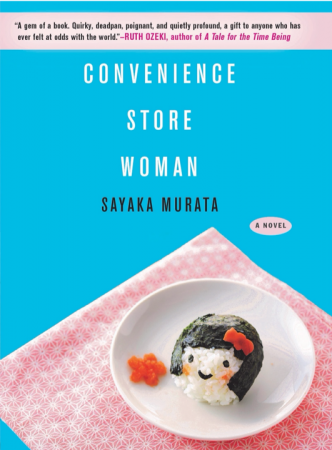 Convenience Store Woman highlights contemporary work culture and the pressures to conform to societal expectations through the eyes of the eccentric character, Keiko Furukura. Keiko is a 36-year-old woman working at a convenience store she began working in during her college days. She is an eccentric character that senses that she has failed to fit into society and attempts to conform to societal expectations in peculiar ways. Keiko’s thought processes and actions are oftentimes confusing, distressing or inexplicable, and the reader never truly knows how to feel about this character. The novel’s eerily dry, yet brilliantly witty depiction of Keiko’s life makes it an enjoyable and unconventional read. Sayaka Murata won Japan’s most prestigious literary award, the Akutagawa Prize, for this novel. Strikingly comedic, with laugh-out-loud moments, this novel has transcended international boundaries because of its expert examination of the rigidity of work culture and the peculiarity of the so-called ‘normality’ we experience in society.

Chander and Sudha by Dharamvir Bharti

Translated by Poonam Saxena from Hindi to English 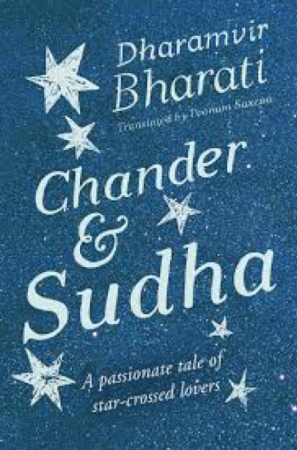 This novel, published in 1949, is about the passionate love story of two star-crossed lovers, Chander and Sudha. Set in Allahabad shortly after the Indian partition (1940s), it depicts a turbulent love story riddled with obstacles from its onset, due to societal standards. The novel centres on the household of Dr. Shukla, a university professor. The orphaned Chander is one of Dr. Shukla’s favorite students and becomes part of the household. This allows for a natural relationship to develop between Chander and Dr. Shukla’s daughter, Sudha. However, their love is constrained by caste and creed. This novel examines love, desire, caste and social propriety, and highlights the struggles the characters go through in navigating those issues. Dharamvir Bharti was able to write this novel with such profound elegance that the novel has been able to transcend time and still has a strong readership to this day. Poonam Saxena’s translation of this novel has given it a new life, which has proven to be a truly unforgettable story for many.

The Girl with the Dragon Tattoo by Stieg Larson 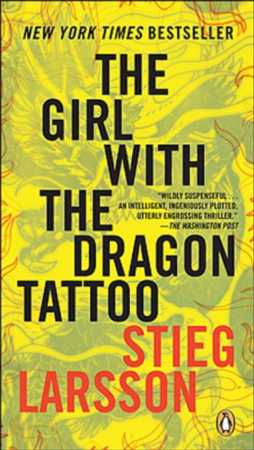 The Girl with the Dragon Tattoo is a psychological thriller and murder mystery novel that has received global recognition for its literary excellence. It is the first book in the Millennium novel series, which is one of the best-selling book series to date. The plot begins with Harriet Vanger, a character who disappeared over 40 years ago, and her uncle who is determined to find the truth about her disappearance. He enlists the help of Mikael Blomkvist, an investigative journalist, and Lisbeth Salander, an unorthodox and tattooed woman who works in private investigation as a computer specialist. The two work together to uncover the dark history of the Vanger family. However, the Vanger family proves to be highly secretive, which results in a plot that keeps you on the edge of your seat throughout. This is a striking novel, with a complex plot, that pushes the boundaries of the crime-fiction genre by also acting as a critique of contemporary Swedish society. It addresses major themes, such as violence against women, moral and financial corruptibility, and misogyny.

A Long Petal of the Sea by Isabel Allende 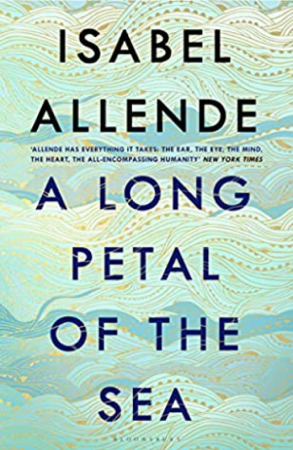 Translated by Nick Caistor and Amanda Hopkinson from Spanish to English

This novel centres around the character named Victor Dalmau, a young doctor, whose life is uprooted by the Spanish Civil War. He is forced into exile along with Roser, a pregnant widow. They are sponsored by poet Pablo Neruda to embark on a journey to Chile. Once they have emigrated, life doesn’t get much easier, as they are faced with the challenges of this new foreign land. The plot unfolds under the historical backdrop of the rise and fall of dictator Pinochet. In this fascinating novel, Isabel Allende reminds us that love and optimism can persist along with pain and suffering. Allende has mastered the art of storytelling and is one of most celebrated authors worldwide.

Women of Algiers in their Apartment by Assia Djebar 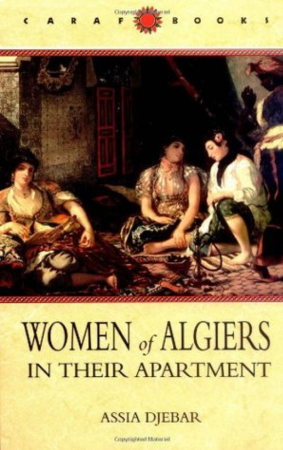 Translated by Marjolijn De Jager from French to English

This is a collection of stories, published in 1980, that honours the resilience, dignity and strength of the women in Algeria. It examines pre-colonial, colonial and post-colonial lives of Algerian women, and sheds light on issues of post-colonial culture and the impact of war on both men and women. Djebar expertly captures the struggles of Algerian women and challenges traditional narratives of the roles of women. Once translated into English, the ‘Women of Algiers in their Apartment’ was awarded the title of Outstanding Translation of the Year by the American Literary Translators Association (ALTA).