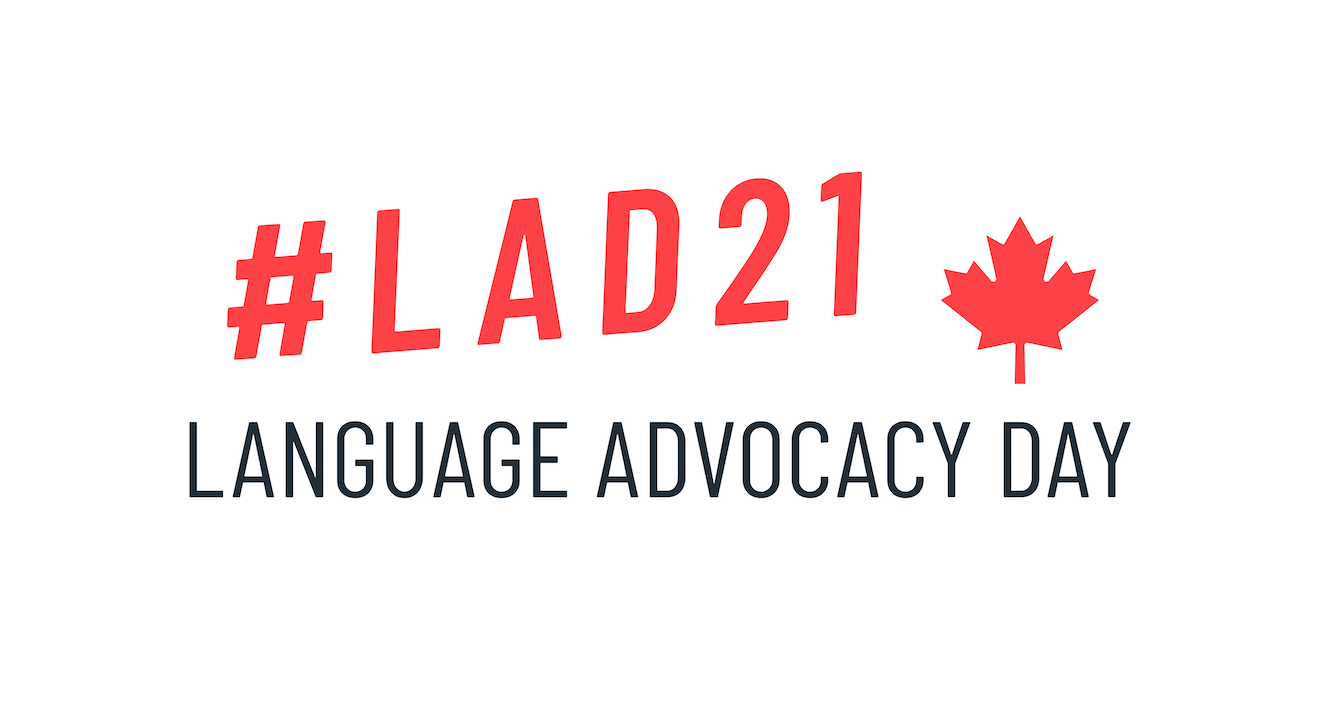 If there has been one common goal for people all around the globe in the past year, it would be to end the COVID-19 global pandemic.

The disease doesn’t discriminate. Since last March, we have witnessed people from all walks of life with different social statuses and cultural backgrounds falling into its trap. A year has passed, and the virus still doesn’t seem to want to stop. What is clear though is that to end this pandemic, effort and participation from every individual in our society is needed, which makes the communications effort on getting the right messages through to different communities extremely important.

Last week, at Language Advocacy Day Conference, the same very topic was discussed. As a country built by newcomers, and with 20 per cent of its population being immigrants, one of the biggest challenges in fighting COVID-19 is the language gap. It’s a huge task to provide correct information in a timely manner to a vast audience equaling the size of Québec (data came from another presentation at the conference made by Howard Lichtman), let alone that many of these newcomers and immigrants have a mother tongue that is neither English nor French. At the conference, each of the panelists shared their experiences and methods.

Louisa Taylor, a panelist who has been working as a communications professional bonding relationships with refugees, said that a huge part of effective communications targeting immigrants and newcomers has been realized through social media, as digital messaging is the most cost-effective method.

According to Taylor’s experience, rather than simply feeding information to the audiences, it’s more important to proactively look for what newcomers want to know, and social media provides the platforms where these two-way conversations can take place. Social media is also great for correcting misconceptions and misinformation: sharing an audio file on WhatsApp or sending a message in a Facebook group is a lot faster than posting formal public announcements. And when it comes to debunking myths, speed beats formality.

What’s worth noting, however, is that there isn’t a universal social media platform for every ethnic group. Many cultures and languages have their own equivalents of WhatsApp or Twitter, and information is circulated and shared within the app users exclusively. To reach a certain group, choosing the app that they are more likely to use is just as crucial as translating the content.

Another vital but often neglected part in bridging the language gap (that all of the panelists stressed) is ethnic media. According to Lichtman’s research, about half of the Chinese and South Asian population in Canada read news in their own languages; and the number of ethnic media platforms solely within the Greater Toronto Area goes beyond a dozen. This is not only because people digest information better in their mother tongue, but also because terms in science and medical fields are usually unfamiliar to newcomers whose English and French fluency is just meeting the daily conversational level. Ethnic media serve a huge population that the mainstream media can’t cover and is exactly the audience for whom updated COVID-19 related information needs to reach.

Even the information on traditional mainstream media can be used to speak selectively to certain groups. Up until 2016, one in four truck drivers in Ontario had a South Asian background, and due to the nature of their work, the medium upon which they rely heavily for news is radio. Cultures with oral traditions also might prefer broadcast over reading long articles. People with literacy issues and young children gain more information from visual elements like graphics and videos. Just like social media, there isn’t a universal format or platform that will suit every group.

A very inspiring story shared by panelist Sukhmeet Sachal, who has been working on educating the Sikh community with COVID-19 related information, was about mask-wearing. Many Sikh people refused to wear a face mask at the beginning of the pandemic, and their reason was surprisingly simple: their ears are covered by the turbans, making mask-wearing troublesome. The solution that Sachal’s team came up with was also simple: introducing masks that tie behind the head.

This serves as a great example of why, in order to communicate about COVID-19, we need to think culturally to truly speak the languages that our audiences speak. Culture and tradition are a huge part of peoples’ lives, and only through understanding immigrants’ concerns can we address them properly.

Go to where the people are

Just as North Americans love to look for Starbucks when travelling abroad, newcomers to Canada tend to go to the places and gatherings that they’re most familiar with. This could be a place of worship, a traditional restaurant, or a bubble-tea-house – wherever those who are not yet comfortable with a new lifestyle can feel at home and find social opportunities. Meeting newcomers where they are, instead of asking them to come, is the golden rule.

Recognize information providers who are from the community and ask them to spread the word. You’d be surprised at how quickly the information can gain newcomers’ trust. People trust and copy the behaviours of those who look like them, and health care workers who speak minority languages are great influencers for promoting health tips like social distancing and mask-wearing within the community.

Another idea raised at the panel was that information needs to be repeated. Having one source from a community providing information is not enough; people need to hear the same words repeatedly from different sources ­– their doctors, friends, family members – before they start to believe in it.

Language Advocacy Day was designed to be a gathering place where individuals, organizations, language professionals and academia can discuss and share their insights on language rights and policies in Canada, and pandemic communications was just one of the many topics explored at the conference. Throughout the day, there were also discussions on the Indigenous Languages Act, languages in a globalized world, issues faced by foreign language speaking health care workers, and many more topics that we hope everyone can benefit from. The full Language Advocacy Day stream will soon be available online. Stay tuned for the update!