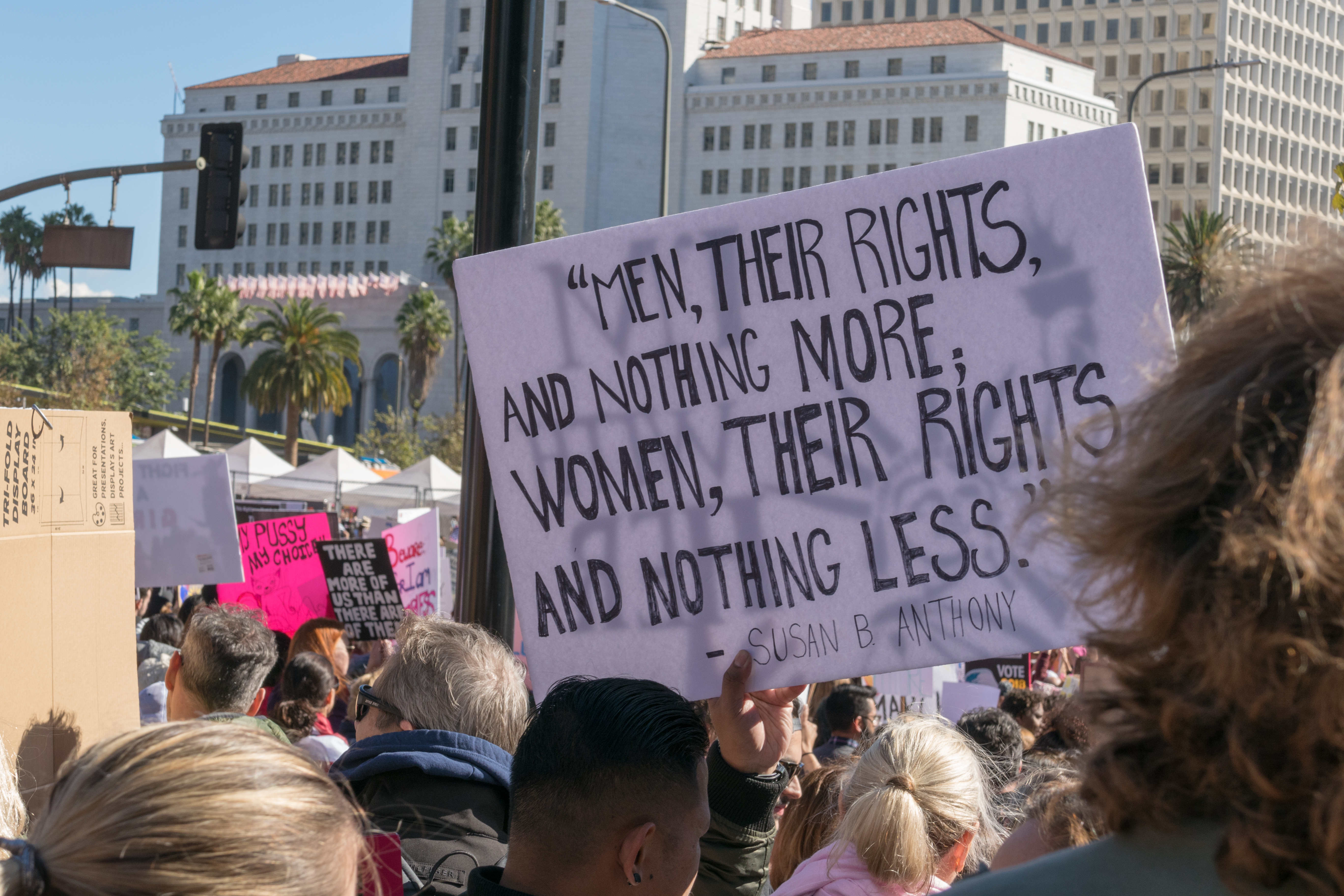 When I was a young girl, my mother used to take us to the village where my uncle and his family lived. It was a village steeped in rituals and practices that I had never witnessed growing up in Mumbai.

On one of these visits my mother moved outside of the house, into a little room by the well; it was a pretty shabby room, with just a small light bulb and no electrical outlets for even a fan. My mother had swept it clean, but there was still paint peeling off the mud walls. The floor, although clean thanks to my mother, was just hard cement. I noticed that she never came into the house for those three days, with meals brought to her and left outside of her door. She sat and slept on a straw mat, but her hands were never idle, as she made brooms and wove baskets from tree barks and leaves, and even polished the coconut shells into smooth cups to be used as ladles, with a handle connected to them. She had access to the outhouse, which was located at the back of the house, and she washed herself by the well early in the morning, before anyone else woke up. When I tried to enter the room, she shooed me away, saying she was impure, so I could not touch her. I recall asking her if she was scared of the lizards and spiders crawling on the ceilings, and she reassured me that she was used to them and they to her. I sat outside that room and listened to her tell stories. I asked her if I would also be sent to this room when I grew up, to which my mother fiercely replied “Never!”

When I grew older, my mother told me that she had cried when she heard that I was born a girl. But she also said she would never let her fate befall me. I was not subject to the cruelty and oppression that my mother and her generation of women in South India suffered; stopped from going to school after puberty, condemned to 3 days of solitary every month, denied the freedom to even leave the house or do anything on their own. Even then, as I was growing up I noticed women did not speak their mind, participate in decision-making or even debate or express sociopolitical views freely in the public sphere. I also grew up among family members, a few of whom were widows forced to live a life of servitude in the homes of their relatives, stripped of all their femininity, and condemned to the attire of monks, expected to passively live a monastic life. I was disturbed, but I did not challenge it, even when it impacted my own life. I did not enjoy the same independence as my brother, with this being rationalized as the way of the world. Women had to be taken care of by the men in their lives. Women were the caregivers, the peacemakers, and the ones who must exhibit great tolerance, love and fortitude. Society would come to no good if women challenged the status quo. In many ways I bought into this ideology.

Married young and with a baby I moved to Canada. I had an education in the Arts but was determined to advance my education and career. I knew I was passionate about Women’s Studies and that’s what I ended up pursuing in my Master’s studies. In many ways, my Master’s gave me the answers I had been seeking all my life.

My introduction to the feminist movement in the West was Betty Friedan’s “The Feminine Mystique” (Friedan, Betty (1963), The Feminine Mystique, W.W. Norton & Co. Inc). And although the women she spoke of were privileged in their suburban comfort, I was able to relate to their existential crises. “But the chains that bind her in her trap are the chains in her own mind and spirit. They were the chains made up of mistaken ideas and misinterpreted facts, of incomplete truths and unreal choices. They are not easily seen and shaken off.”

Friedan went on to ask, “How can any woman see the whole truth within the bounds of her own life? How can she believe that voice inside herself, when it denies the conventional, accepted truths by which she has been living?”

I realized we as women had bought into the narratives of our anatomy being our destiny, and the functional separation of work and life, with home being a woman’s domain. The problem with that is it leaves women with very few choices. They cannot live to their full potential and worse yet, they do not have financial independence. Also with all policies and laws being made by men in the public sphere, the status quo was reaffirmed over and over.

In 1963, when Betty Friedan wrote this book she had already said, “There is only one way for women to reach full human potential – by participating in the mainstream of society, by exercising their own voice in all the decisions shaping that society.”

I thought placing so much emphasis on education and jobs meant co-opting to the way society was organized.  Society would not change just because a few vocal women said it had to. It was not about changing behaviour through socialization, but about radically changing how society is organized somehow. At the very least, changes had to be made to constitutional and property rights.

In the early 1990s I wrote my Master’s thesis on dowry related violence in South Asian society and argued for radical and structural changes that conferred equal rights to property for women in India.  Women activists in India challenged the gender discriminatory provisions of the Hindu Succession Act of 1956 for several decades before winning the fight in 2005 (The Hindu Succession (Amendment) Act, 2005). For the first time, Indian women had equal rights to their fathers’ estates.

Meanwhile, in Canada, I had decided to pursue a law degree after my Master’s, and was called to the Ontario Bar in 1996. I was excited to read about Supreme Court decisions that meant so much for women’s rights in Canada; all hard fought victories by women’s rights activists on this side of the world. R v Morgentaler, [1988] 1 SCR 30 made abortion legal by confirming a woman’s right to choose. In R. v. Lavallee 1990] 1 S.C.R. 852, the court recognized the “battered wife” defence of a woman who had killed her abusive partner because she feared attack or possible death. On the other hand, cases such as R v Seaboyer, [1991] 2 S.C.R. 577, which struck-down the rape-shield provision of the Criminal Code, preventing a defendant from cross-examining the complainant about her sexual history, were sobering. It made me acutely aware that even as we make gains, women remain vulnerable. Two steps forward, one step back.

Nothing short of a revolution will bring about a radical shift in the power paradigm that currently exists between the two genders. While that is not an option, we cannot settle for ‘trickle down’ benefits which result from overall technological changes that have benefited women. We have to be intentional with changes to laws and policies that facilitate women attaining positions of power and influence in business, public policy, and politics. And now, more than ever, we have the tools to help us take an evidence based approach to addressing inequality.

In her most recent book, Caroline Criado-Perez (Criado-Perez, Caroline Invisible Women: Exposing Data Bias in a World Designed for Men (Chatto & Windus, 2019)) points out the gendered approach to designing all systems in society, and provides several examples to make a compelling case. Take for instance, the facts that cars are designed based on the male body, placing much smaller women drivers at grave risk, or that public education on heart attacks, which is based on symptoms men experience, results in 50 percent of heart attacks in women going undiagnosed. There are countless other examples like these. In Sweden, for example, it was found that snow clearing routines prioritize the routes that men regularly use, resulting in more falls by women. Big data and technologies have been useful in uncovering these disturbing trends. Now we need social systems that continually track and address these gender-based and all other grounds enumerated in our Human Rights Codes, for meaningful change to happen.

When speaking about gender inequality, context is everything. I have spoken mostly about issues that impact the more affluent among us. However, when I was still in law school, I realized from working at the Crown’s office that immigrant and refugee women who faced abuse and spoke little to no English in Canada, had precarious lives and often faced grave danger. I realized they needed a voice so they could tell their story and seek help. This is what prompted me, in 1996, to accept the role of Executive Director at a small non-profit organisation called Multilingual Community Interpreter Services (On) (MCIS), which provided interpretation services to victims of domestic violence. I did this, while straddling a part-time law practice. As MCIS grew, I realized the vital importance of linguistic access for vulnerable persons, at key entry points in our system, as in healthcare and emergency services, child protection, public health, settlement, legal clinics and the like. MCIS Language Solutions, as it is now called, started out as a community based organization in Scarborough, Ontario, helping women and children in situations of domestic abuse. Today it is a pan-Canadian service for anyone who needs linguistic access to critical information and services so they can participate fully in civil society.

Coming full circle from where I started this piece, girls from poor families in India are still kept home post-puberty, because of their lack of access to sanitary supplies or toilets. The Netflix film “Period. End of Sentence” (https://www.netflix.com/ca/title/81074663) won the 2019 Oscar under the short documentary category. It is set in the village of Hapur, in Northern India, but tells the larger story of a cottage industry for making affordable sanitary pads that has sprung upcountry-wide, based on an invention by a man named Muruganantham, who set out to make pads for his wife. I mention it here because it is a heart-warming story of hope and is one example of collective human effort, and the power of technology to bring about social change that can impact lives.

I would like to conclude by asking that we keep fighting for macro-level change while also making a small impact every day in addressing all forms of inequality that we witness and experience, in any way we can. In the meantime, if you are interested in learning more about and contributing to the Pad project, please visit https://www.thepadproject.org/.